There are dozens of famous people in the 1960s whose influence is still felt today. Here are just three individuals and the Fab Four.

Beginning his photography career in the late 1950s, David Bailey has captured the likenesses of some of the most iconic figures in fashion and music history. At times, it was his own personal life that entranced the public eye even more so than those he photographed.

Bailey’s interest in photography blossomed while in the British Royal Air Force, after discovering the works of Henri Cartier Bresson, whom he later cited as a great inspiration. In 1960, after having been assistant to London fashion photographer John French, Bailey secured a job with British Vogue.

He then began a brilliant professional and social career in fashion and music photography, working with the Beatles, the Rolling Stones, the Who, Marianne Faithfull, fashion designer Mary Quant, and models such as Twiggy and his personal favourite, Jean Shrimpton, to name a few. Of Jean Shrimpton, Bailey said, “She was magic, and the camera loved her too. In a way she was the cheapest model in the world – you only needed to shoot half a roll of film and then you had it.”

Along with fellow photographer Terence Donovan, David Bailey both encapsulated and captured all that was “Swinging London” of the 1960s. In 1965, the publication of “David Bailey’s Box of Pin-Ups” caused quite a stir, mostly due to the inclusion of photos of the Kray twins, notorious East-end gangsters. The publication was also unusual because of the format: a box of prints rather than a book. Due to the uproar regarding the inclusion of the gangster shots, the set never received a U.S. publication, and was not reprinted in the U.K.

Nevertheless, David Bailey continued to be one of the most glorified fashion and music photographers in London. Seemed he was followed by the press nearly as much as were his subjects. Bailey socialized among and photographed the likes of Mia Farrow, Michael Caine, and Peter Sellers. With famous friends, famous work, and a quadrant of beautiful wives (including Catherine Deneuve), it’s not difficult to see why his presence is so deeply felt to this day.

The 1960’s was a decade of broad changes in fashion as well as culture. The early 60’s was influenced by a group of men, and later, women, who called themselves the Modernists. They liked jazz music and were known for wearing anoraks which were heavy hooded jackets, usually lined with fur. They wore tailored suits for formal wear and started the casual look of the bellbottom pants. The Modernists were in exact opposition with the Rockers, who preferred 1950s rock-and-roll and still wore leather jackets.

In the mid 1960’s, the mini skirt became exceedingly popular, influenced by Twiggy and other models. Jacqueline Kennedy was a tremendous influence on fashion, not just in the United States, but in England, as well. Her pill box hat became immensely popular in the United Kingdom.

Hair styles in the 1960’s ranged from bee-hive hairdos in women to long hair in men. The Beatles influenced hairstyles by starting the mop-top haircut, so named because it looked like a mop. The longer mop top issued forth the age of the hippie culture. Although the hippie movement started in the U.S., it spread to other parts of the world, including England where hippies made summer trips to Stonehenge and the music festivals there.

So much happened in the Sixties! It is hard to believe it was only a decade. Change was everywhere in England: in fashion, in music, in society and politics; and Patrick Lichfield was right in the middle of it all.

As the 5th Earl of Lichfield, he was born to the aristocracy; yet he decided to lay aside his title and embrace a career as a photographer. What an unprecedented choice for a relative of the Queen! Surely, he divined the cultural transformations the Sixties would usher in. He threw his lot with the growing cultural meritocracy, and thereby embodied the spirit of the age: rejection of class boundaries coupled with the pursuit of artistic ambition, regardless of familial expectations.

Still, Patrick Lichfield used his upper-class connections to good advantage. Throughout his career, his elite associations opened doors that remained closed to his rivals.

During the late Fifties, Lichfield perfected his photographic skills in the employ of two advertising photographers. By 1963 his career included opportunities that were to become the mainstay of his career: portraits of the aristocracy, including the Royal Family, and fashion models. His big break came in 1967 when Diana Vreeland sent him off to Paris to photograph the Duke and Duchess of Windsor. This shoot was so successful that Vreeland offered him a contract with American Vogue.

Lichfield’s portraits from the Sixties provide a record of the intersection of fashion and music that was a hallmark of the decade. Perhaps no photo expresses this better than “Swinging London”. Taken in 1967, the photo demonstrates the far-flung reach of Lichfield’s network of connections with the most sought after figures in music, fashion, and art.

In his famous nude portrait of the singer Marsha Hunt, Lichfield captured not only the beauty of his subject but also the “anything is possible” spirit of the age. Hunt had only 2 lines of dialog in the musical, “Hair”, but the media attention she evoked from this performance catapulted her to fame. His colour portrait of Yves St. Laurent, the fashion designer, also of this decade, is a fashion statement.

In his photos, Patrick Lichfield, aristocrat turned world renowned photographer, has left us an indelible impression of this decade of change and innovation.

Antony Armstrong-Jones was born in 1930, 31 years before he was created 1st Earl of Snowdon. By that time, he was well-established as a photographer who captured the grit and essence of the London theatre and entertainment scene. He purposely broke out of the established mode of traditional photography to catch the energy and force of the theatre. In 1957, he was chosen to take the official portraits of Queen Elizabeth II and the Duke of Edinburgh for their tour of Canada. By February of 1960, he was engaged to the Queen’s sister, Princess Margaret, and the two were married that May.

Despite the marriage and its required royal duties, Snowdon managed to continue his life as a photographer. He became the picture editor of the Sunday Times magazine in the early ’60’s. Though he photographed images of the elderly, inner-city life, and the mentally ill, he is best-known for his portraits in the world of fashion and entertainment. During the 1960’s alone, Snowdon photographed such famous subjects as Albert Finney, ballet stars Margot Fonteyn and Rudolph Nureyev, Leonard Berstein, Peter Sellers, Britt Ekland, Barbara Hepworth, and Tom Stoppard, just to name a few.

His many photos of Princess Margaret include bare-shouldered portraits and one of her in the bathtub and sporting a tiara. Besides photography, Snowdon was commissioned to design a new aviary for the London Zoo from 1960 to 1965, still one of his favourite achievements, and in 1968 won two Emmy’s for his documentary “Don’t Count the Candles.” His work appeared in publications such as Vogue, Harper’s Bazaar, Tatler, and The Daily Express.

Snowdon captured the era of the ’60’s with more than just his photography, though. He was the embodiment of the decade in his personal life as well. He was well-known for his sexual escapades, even while married to Princess Margaret and during his later marriage to Lucy Lindsay-Hogg. There has also been wide speculation as to Snowdon’s possible bisexuality. His marriage to Princess Margaret disintegrated very publicly, though the two did not divorce until 1978.

His creative work and his famous subjects have continued through subsequent decades. But his work in the 1960’s left an iconic mark on that era, just as it left its mark on him. 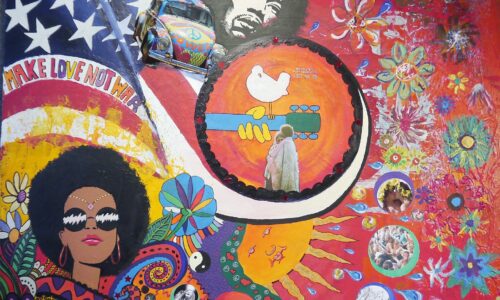 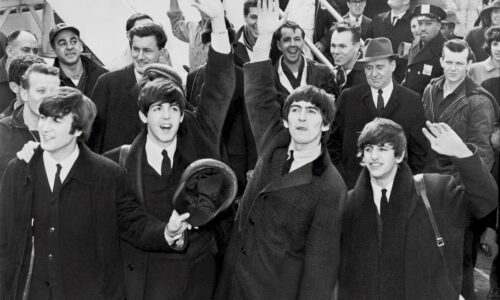 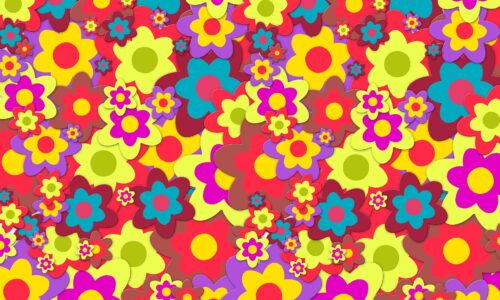 Best Fashion Trends of the 1960s